Posted by VikingMom at 4:54 PM No comments:

Why Common Core Will Fail Our Children

In the lecture on Aesthetic Education given to teachers in 1921, Rudolf Steiner said,

"From Play, through Beauty, to Work. This is a golden path for education. In later life the most abstract tasks, the most difficult techniques,  do not arouse antipathy if this path has been followed during childhood. Locomotives and railway stations can be built in a way that is both artistic and technically sound. Such an education would give incalculably powerful impulses for social life- the human being would find his/her way back into something that is quite unknown today, the artistic in language."

Common Core standards teach "dead concepts" that will become meaningless to the future.
That is why it will fail our children.

Bless Bless
Posted by VikingMom at 10:41 PM No comments:

Email ThisBlogThis!Share to TwitterShare to FacebookShare to Pinterest
Labels: Why common core will fail our children, Why handwork is important

The Power to Edit and Say No

In the middle of this crazy schedule Viking Dad has to continue his work to "fire proof" the house for fire season. More on that later.

I looked at the schedule Friday night and about had a heart attack. How were we going to fit all of these events into they day? None of these events were close by and were minimum 15-20 minutes apart. In addition, at some of these events there was no way in the world that keeping to a schedule was going to work, without being rude. Our family is very food sensitive due to Celiac Disease and Diabetes. So, the idea of "eating out" wasn't an option.

Consequently, that meant that several people were going to miss us at the other events. Several of them, I knew, would start calling us on our cells demanding to know where we were and why we hadn't arrived. No promises ever were made, so it is a bit irritating to receive these kind of calls. I decided to leave my cell phone in the car so I could focus on the beautiful moment with my daughter. In addition I didn't have a watch. I lost all track of time- and survived!!

Sunday came and the family decided to pick two events. Sorry, but the awesome yearly airshow tends to trumps spiritual needs. We spent part of the day at the local historical airshow. Then we attended Lady Bug's end of the year Brownie Party.

I am reflecting back at how powerful the idea of editing the schedule and saying, "NO" was to our family. At the end of the day we were not exhausted, sick or stressed out. I am saddened we may have disappointing a few friends but our family has discovered a new "bliss."

Have the courage to edit and say no to you schedule.
Posted by VikingMom at 8:00 AM No comments:

Knitting as a class

From an article called "Why Waldorf Works"

"Waldorf teachers believe that the human being is not just a brain-but a being with heart and limbs- a being of will and feeling, as well as of intellect. To ensure that education does not produce one sided individuals, crippled in emotional health and volition, these less conscious aspects of human nature must constantly be exercised, nourished and guided. Here the arts and practical skills make their essential contribution, educating not only heart and hand but, in very real ways, the brain as well."


Posted by VikingMom at 8:00 AM No comments:

Do You Wanna Go To Starbucks?!


Posted by VikingMom at 8:00 AM No comments: 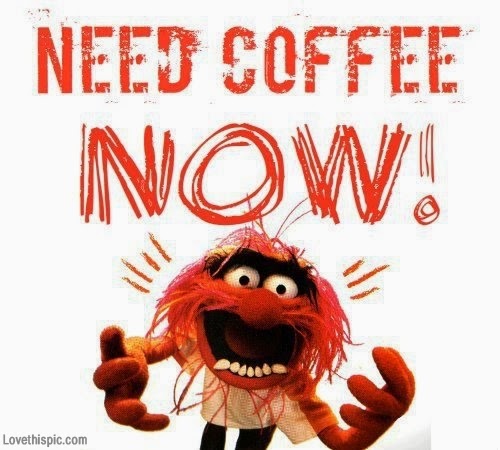 Posted by VikingMom at 8:00 AM No comments:

Reality vs Fiction- Where are the Parents?

Today, I heard on the news of an attack on a young girl who was stabbed 19 times by two other girls. All three of these girls are 12!

When I started to write about how
Has Television Violence Gone Beyond a Stated Taboo? and Continue Discussion on Violence on Television-Explicit and the follow up More Violence- And we don't see this in our entertainment?  little did I know that I would receive a bit of a following of parents and young adults who also are concern about the violence in television.

Today, I would like to extend out to the internet, the infamous Youtube, and social media. Today,  a parent sent me this news article from CNN.

I would like to point out that the article claims that the tragedy in Milwaukee is an isolated incident. It is not! In my years in Law Enforcement-behaviorists and teaching I have lost count how many tweens, teens and young adults have acted out scenes from their favorite show. In fact, I was inspired to teach the "The True History of Halloween" in my history courses on Halloween after three former students were arrested for aggravated vandalism. They had decided to recreate their own "Hell Night" from the movie "The Crow."

It is not uncommon to have a young teen or young adult retreat into a fantasy world they have created or feel safe in during moments of anxiety, crisis or abuse. Asking where the parents are during this incident is easy and it is usually our first question? What about the rest of the community? Where were the teachers, lunch room attendance, other parents, other friends etc?

I will ask, however, where were the parents in this incident? It is obvious to me they were not present or caring enough to see their daughters retreat into a very dangerous fantasy.

The creator of Slenderman claims he has lost control of his creation? That is a cop out! As an authors, artists, illustrators, we should be in control of our creations. It's easy now to come out and claim innocents. In reality he should be responsible for his creations.

Youtube has taken on the responsibility of making sure that videos posted uphold standards and will take down inappropriate videos. Well, at least when they are reported. I believe, and encourage Creepy Pasta to do the same. Really, monitor your stories  now. The next story maybe someone's suicide note.

Here is the article from CNN?

(CNN) -- He's the Internet's own monster, a ghoul who lurks in its darkest corners and, like the Web itself, has mutated time and again to suit the dreams and desires of his devotees.
He is Slenderman, a menacing, faceless specter in a dark suit -- sometimes portrayed with octopus-like tentacles -- known to haunt children and those who seek to expose him. He was born in 2009 in an online forum for people who enjoy creating fake supernatural images.
And, on Saturday, police say, he played a role in the attempted murder of a 12-year-old girl in suburban Milwaukee by two female classmates who stabbed her 19 times. According to police, the girls said the attack was meant to impress the fictitious bogeyman.
To be clear, the origin story of the monstrous character (sometimes referred to as The Slender Man) in no way urged readers to kill to earn his favor. But Slenderman has undergone hundreds of permutations online in his five-year existence.  In June 2009, a Photoshop contest for images that appeared to be paranormal was launched in a forum on the website Something Awful. According to Know Your Meme, a blog that chronicles Web culture, the goal of the contest was to create the images and then use them to fool, or "troll," other Web users by submitting them to paranormal websites.
Site member Eric Knudsen (under the screen name"Victor Surge") submitted two images to the contest, both black-and-white images of children, one of which appeared to show a largely undefined figure lurking in the background.
They were presented as being from 1984, and one included the text " 'We didn't want to go, we didn't want to kill them, but its persistent silence and outstretched arms horrified and comforted us at the same time...' -- 1983, photographer unknown, presumed dead." (Know Your Meme has documented these posts, although links to the original thread no longer work.)
A day later, according to Know Your Meme, Knudsen added a third photo and a fictional doctor's account of a mass killing. And, from there, Slenderman's assault on the Internet began.
"Some people joked in the thread, 'Wouldn't it be funny if some of these ended up on those paranormal websites or someone said these pictures look real,' " Knudsen said in an interview this year with National Public Radio's "On the Media." "But I don't think anyone really expected that to happen."
Other Something Awful users began creating their own Slenderman stories. And they spread to other sites. Over the past five years, he's appeared in fan art, short stories, videos, video games and other media all over the Web.
A Google search for "Slenderman" on Tuesday returned more than 4 million results. "Marble Hornets" is one of the most popular permutations. It's a video series on YouTube, presented in "Blair Witch Project"-like faux-documentary style, with nearly 380,000 subscribers. Slenderman has also been a popular subject of "creepypasta," a form of Web-based short fiction. A play on the term "copypasta," which itself is derived from the keyboard action "copy-paste," creepypasta is horror fiction written with the Web in mind and, often, done in a style that makes it appear like a news item or other piece of true crime.
The girls accused in the Milwaukee stabbing told police they knew the character from the Creepypasta Wiki, a site that compiles such fiction. The site has issued a statement condemning the attack.
"This is an isolated incident, and does (not) represent ... the Creepypasta community as a whole," the statement reads. "This wiki does not endorse or advocate for killing, worship, and otherwise replication of rituals of fictional works. There is a line of between fiction and reality, and it is up to you to realize where the line is. We are a literature site, not a satanic cult."
Knudsen, too, has lamented losing control of his creation.
"I feel like less of a creator and more of an administrator, in a lot of respects, or the manager," he told NPR in the interview from January. Knudsen, who could not be immediately reached for comment, has filed for a copyright on the character.
"I feel like I'm Slenderman's manager, and he's out there doing his thing, and I need to just kind of watch him and take care of him."

Posted by VikingMom at 8:00 AM No comments: